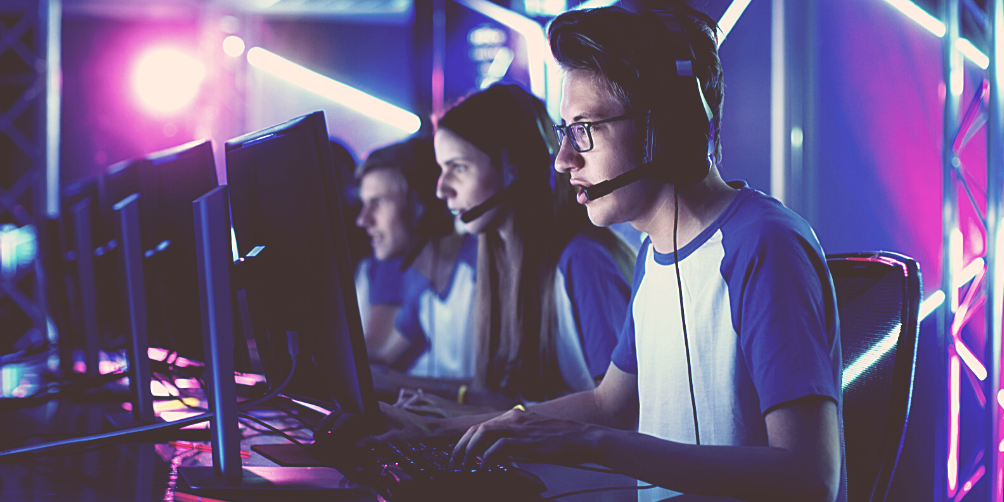 No matter what 80’s movies told you — not all jocks are stereotypical, bulky bullies. Today, not all jocks are even “athletic” in the traditional sense. It’s true. You no longer need to run fast, jump high, or shove your classmates into their lockers to reach “jock” status. Why? Because professional video game players are stepping in and uploading a fresh take on competitive sports. They’re steadily redefining the term “sporty” and are building up a robust and supportive fanbase while they’re at it.

You may be asking yourself: “Did I miss something? What do video games have to do with sports?” All popular sports share two vital things in common: they’re fun to watch and play. Their primary purpose is entertainment. And what is the primary purpose of gaming? Also entertainment. So it’s not surprising to see how video gameplay eventually snuck into the action with eSports (i.e., publicly broadcasted competitive gameplay competitions).

CNN sums up the eSports phenomenon well: “Competitors from different leagues or teams face off in the same games popular with at-home gamers: Fortnite, League of Legends, Counter-Strike, Call of Duty, Overwatch and Madden NFL, to name a few.” CNN comments further on the committed eSports fanbase, “These gamers are watched and followed by millions of fans all over the world, who attend live events or tune in on TV or online. Streaming services like Twitch allow viewers to watch as their favorite gamers play in real-time, and this is typically where popular gamers build up their fandoms.”

Even though video gaming is historically and still popularly utilized as a source of relaxation and decompression, it’s rapidly evolving into something much bigger. Before the year 2000, the words “competition” and “gaming” were rarely used in the same sentence. But times and opinions are evolving quickly.

Forbes describes the eSports evolution as, “A quietly massive industry which is projected to generate billions of dollars worldwide over the next few years.” Forbes also notes that eSports “attracts more young male viewers than the World Series or NBA finals – and has for years.”

So, why do these “young male viewers” enjoy watching other people play video games so much?  A knowledgeable gamer enjoys witnessing how pro gamers react to similar gaming situations they’ve faced. We agree with the BBC; eSports is:

Not unlike chess, albeit with a lot more speed. It’s like if ice hockey and chess had a baby. It’s fast, it’s twitchy, but it’s also about the bigger picture — you see an opponent do something and you have to provide a response to that.

It’s safe to assume that the future is bright for eSports professionals. With an ever-increasing work-from-home world, it’s sensible to take a deep dive into remote endeavors such as online gaming — especially with its increasingly booming fanbase and financial opportunities.

Thankfully, we live in a world today that attempts to disband stereotypes and broaden our daily understanding of fellow humankind. It’s satisfying to see a new form of jock developing and flourishing. We here at ACE are excited to offer future gamer jocks in Alcorn County the high-speed fiber internet they’ll need to train at home so that they’ll eventually dominate the eSports arena.

5 Reasons Why Corinth is a Magical Place at Christmas Time
December 21, 2022