So, You Want To Be A Pro-Gamer… 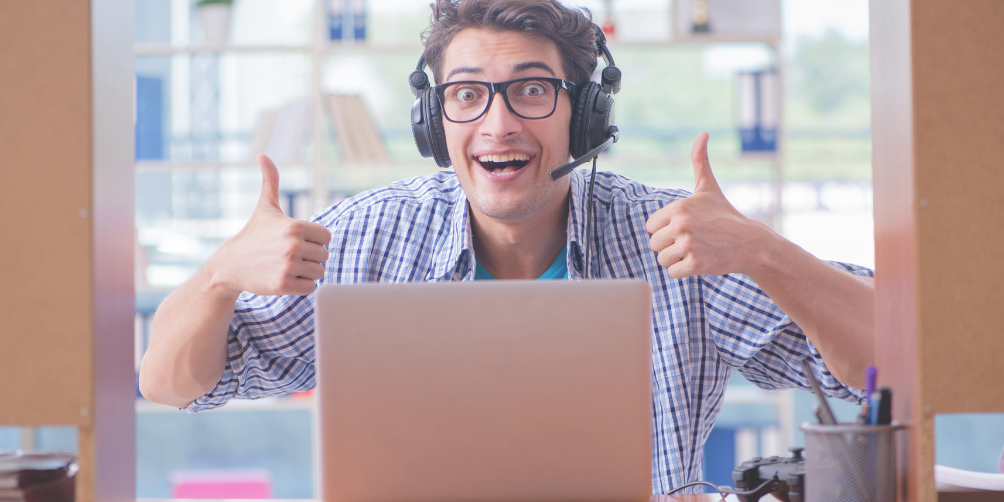 Have you ever received a back-handed compliment? You know, the kind of comment that’s really just an insult disguised as a compliment. Most of us have heard something like, “I wish I could throw on a filthy shirt like that and still exude confidence like yours.” Ouch.

Now, what’s the blatant insult version of this so-called “compliment?” Trust us. It’s far more tolerable. “You look like you woke up late and threw on yesterday’s laundry. Get it together.” It still stings — but at least you’re given a chance to laugh at yourself without having to ponder hidden messages.

While we’re all susceptible to the light torment caused by backhanded compliments, some of us are more prone to receiving them than others. Anyone who’s doing something new and unusual in their profession, for example, is a prime target for passive-aggressive criticism.

So we can safely assume that professional video game players are no strangers to backhanded compliments, despite the high-speed challenges they embrace in their jobs daily with pristine hand-eye coordination.

Let’s discuss a few reasons why pro-gamers deserve some respect and why ACE Fiber’s here to grant it to them.

Well, they are, technically — but pro-gaming isn’t a career path for the lazy mind. It takes a lot of time, dedication, and skill. Careergamers.com even cautions young gamers against pursuing professional gaming if they’re doing it because it looks easy. A lot of training is involved, and quick thinking and reflexes are crucial. “Passion and determination aren’t enough.” To become a professional gamer, “You need to level up your skills too.”

Careergamers.com goes on to say that high-level skills pay off because “The average eSports professional gamer can earn $60,000 per year.” That salary may or may not sound modest to you, but it’s higher than what the average new college graduate makes in the U.S. today. Plus, exceptional pro-gamers with sponsorship deals can earn millions yearly. BBC reports that four players made more than 1.73 million dollars in 2015. And those numbers are only growing.

Did Someone Say Scholarships?!

Because of the commitment and skill that it takes to become a professional gamer, colleges are taking notice. In 2019, ESPN reported there were over 125 colleges that offered scholarship-sponsored eSports programs in North America. Ashland University in Ohio offers “$4,000 scholarships as a way to expand their eSports program,” writes Unigo.com.

With eSports gaining more popularity every year, a career path in pro-gaming isn’t something to scold. It’s potentially something to celebrate as long as it’s approached with skill, hard work, and lightning-fast internet. ACE Fiber is here to help with that last part. We take gaming as seriously as you do, and we say this with all the sincerity our hearts can muster — we want to be able to say we have a pro-eSports player living in Alcorn County one day.  Could it be you?

Remember. You never have to worry about hidden messages with ACE Fiber.  We don’t believe in backhanded compliments. We’ll tell you if you don’t have the skills to be a pro-gamer. Brutal honesty is always for the best, after all. But don’t worry. Even if you don’t have the skills to go pro right now, we’ll be sure to provide you with the top speed fiber internet you’ll need while you’re training.

5 Reasons Why Corinth is a Magical Place at Christmas Time
December 21, 2022